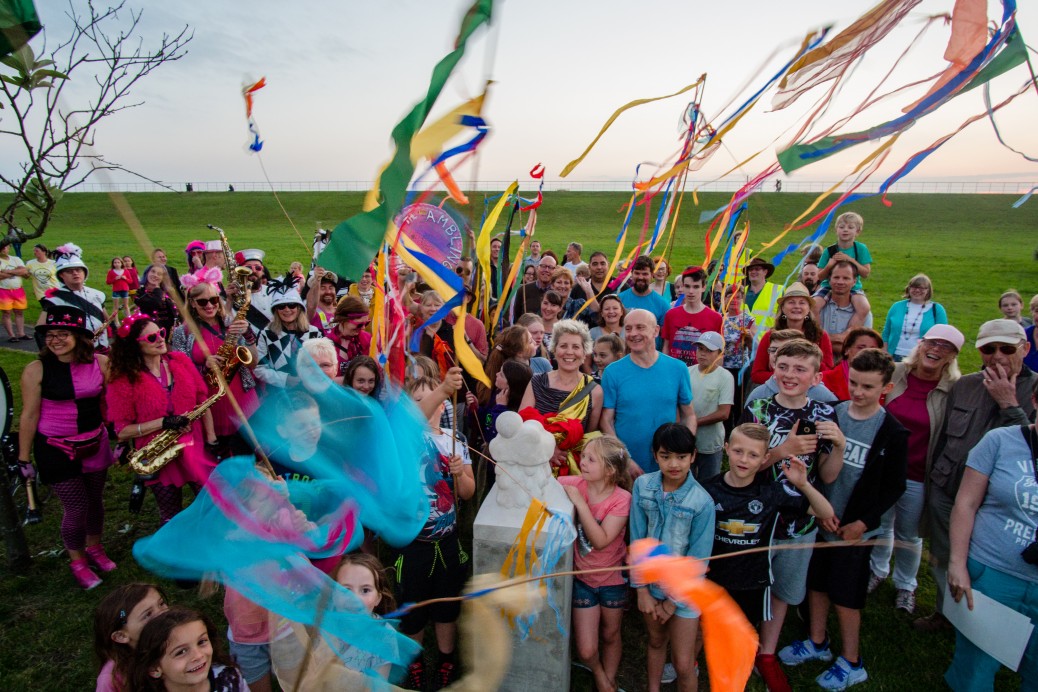 We really could not have had a better evening for the launch of Deborah Aguirre-Jones’s three new sculptures in Severn Beach.  On Saturday 8 June, a light breeze came and fluttered the many colourful flags created in the early evening.  Then the wonderful Ambling Band lead a procession from the Village Hall in which the fire sculptures created in sessions with Severn Beach Primary School and in two other local workshops, all lead by Alan May, borne aloft by the crowd.  We followed the music down to the River Severn.  There we safely depositing the fire sculptures and then danced on to each of the three Portland Stone sculptures for a simple unveiling, each getting a few words in turn, and the big reveals splendidly carried out by the eager hands of local children.  After all three stone sculptures were welcomed and lay glowing in the evening sun, we followed the band once more back to the River where, in the twilight, the fire sculptures were set alight!

Not all the fire sculptures gave in easily to the flames but the band played on and the goodwill and grand mood never dimmed.  Truly magic.