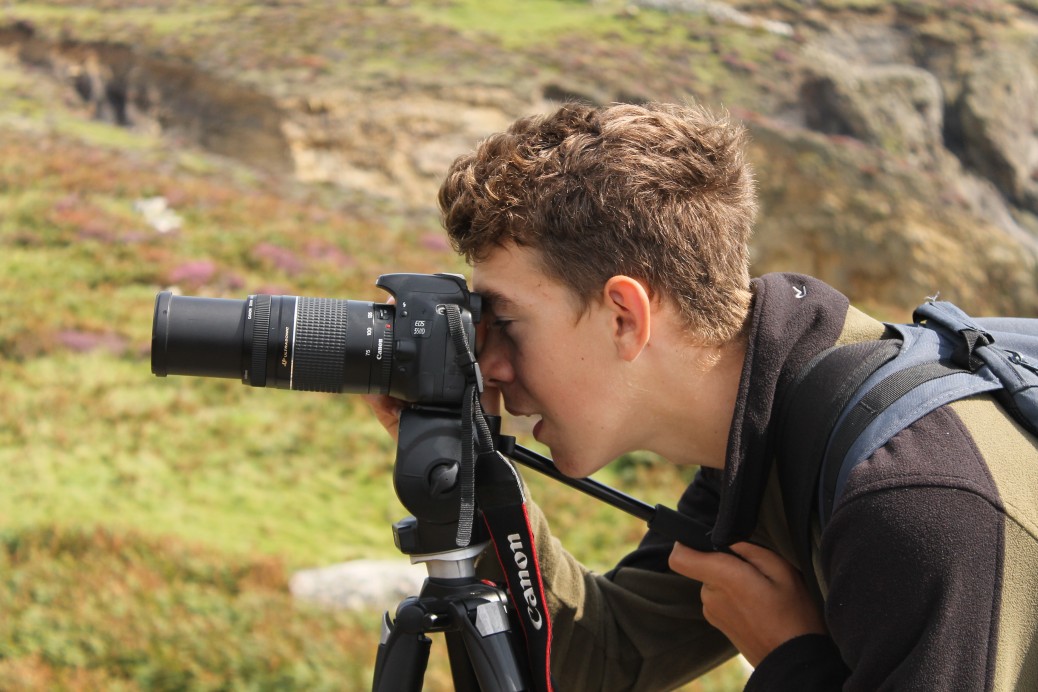 There’s a notion out there that volunteers are certain people of a certain age, but truly volunteers come from all walks of life, backgrounds, and ages. At 14, Theo is our youngest volunteer. We think he’s inspiring!

My name is Theo, I’m 14 and I’m a volunteer surveyor for A Forgotten Landscape, monitoring birds on the Severn Estuary. I first became interested in birdwatching after visiting WWT Slimbridge several times when I was younger and soon I had learnt to identify several basic species. I continued visiting Slimbridge and building up my knowledge, mainly by making mistakes and learning from them, and I started to build lists of birds that I had seen and wanted to see. I learnt about A Forgotten Landscape at an event called ‘Apple Day’ which was held in Littleton-upon-Severn where I noticed leaflets asking for volunteers who could spend one morning a month monitoring the birds at roosting sites up and down the estuary. I applied and signed up for a weekend of training to teach me and the other volunteers how to identify the most important estuary birds and how to accurately count flocks of birds.

I was paired up with a partner and we were assigned to survey an outfall near Hill. It is one of the most remote sites surveyed, with a walk through several fields from the road to the river. It is worth it though because of the birds we see there. They include peregrine, merlin and my first inland common scoter. The data is important as the Severn is a Site of Special Scientific Interest, and it holds, in some species’ cases, globally important numbers, and for almost all of the rest of the species it holds nationally important numbers. The surveying is good for me because I meet lots of new people and learn new things from experts in my field. I hope to continue these surveys for A Forgotten Landscape and learn more about the Severn Estuary and the magical birds that live there.